Jason Levine is a web developer by day and web developer/blogger/writer/cook/photographer by night. He’s also a full time husband to Beth and father to Noah and Jacob. Jason is a self-described geek who is interested in all things technology, even if monetary realities don’t allow him to buy all the newest cool toys. He’s also a kid at heart and will happily get down and dirty playing with his kids or sit on the couch with them watching cartoons. (One of the perks of fatherhood: You get to play with toys and watch cartoons and pretend it’s for them!)

You can find Jason on Twitter at @TechyDad or on his blog at http://www.TechyDad.com/. 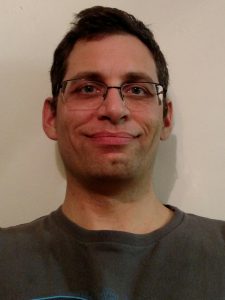 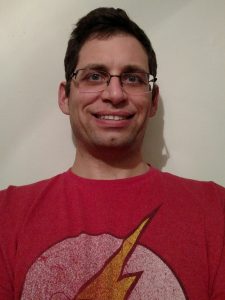 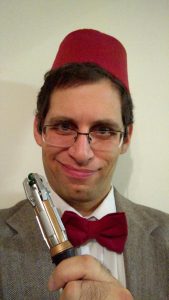 Murray Gastev is anything but ordinary. He’s a thief for hire and a good one at that. He completes his latest job but ends up with far more than just the cash he expected to receive. He finds he now has the ability to pass through walls and float. There are just two small problems: He can’t breathe while he ‘ghosts’ and he can’t control where he floats to. With the help of some new friends, Murray might learn to control his powers and may even pull off his biggest heist yet. If he doesn’t end up being sliced to ribbons first.

Defenders of Shadow and Light: Ghost Thief is the first book published by Jason Levine and the first in an upcoming series about people granted special abilities. If the first thought in your mind is superheroes, then toss that image aside. These people don’t wear colorful costumes and definitely don’t wear tights or capes. Instead, they are just people trying to live their everyday lives who happen to be able to do extraordinary things. All of them, that is, except for a mysterious being known as the Dark One that is intent on hunting them down and a few of their own kind who are up to less than noble pursuits.

Ghost Thief started as a short story to get back into writing after a long pause, but the story quickly took on a life of its own. It often took twists and turns that even I, as the author, did not see coming. I hope everyone who reads it enjoys it as much as I enjoyed writing it. 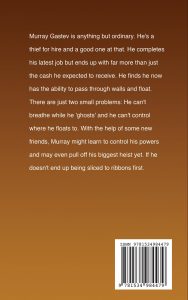